Weather phrases in foreign languages are odd.  I have never really understood quite why “il fait” or “hace” makes more sense than “it is”.  However, we have to teach them so here are a few ways to make it more interesting.

As a plenary activity students write 5 sentences predicting the weather in various locations on the day of your next lesson.  As a starter in the subsequent lesson, they check if they were correct / incorrect / bit of both.

The maps on El Tiempo.es are really good for this.  See exhibit A below 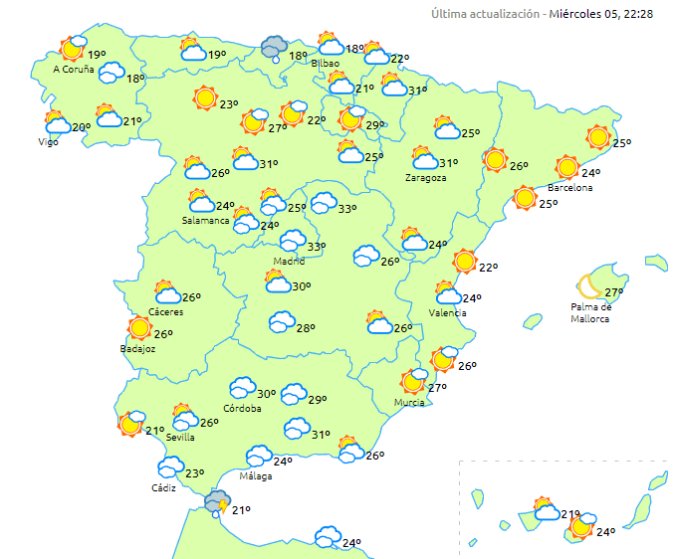 Show students some photos and have them write sentences quickly on mini-whiteboards.  If you use Spanish speaking countries you can generate quite a bit of interest as pupils will inevitably ask “where is that?”  Exhibits below include Peru in the height of summer and Bolivia during rainy season.  That falling grey mass is rain, not a tornado, as one of the kids thought. 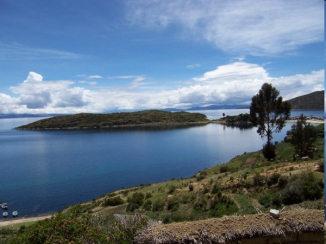 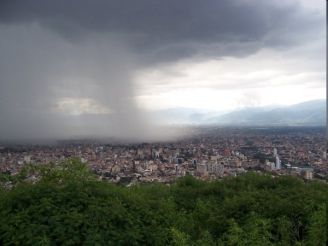 Students in year 7 cover present and future tense.  It will take a little bit of revision of verbs but they should be able to produce the following using the near future

They have hopefully covered simple time phrases such as “today”, “tomorrow”, “later on”.

All of this leads to being in a position to present a TV programme.  Students need to produce a script for the Today at Wimbledon programme.    Click here for the theme tune, which will remain in your head for hours afterwards.  They should include

They then perform this and can peer-assess each other on whatever criteria you set.  Personally I would go for the following with scores out of 5 for each:

This idea came from Greg Horton on a CPD course about 2 years ago.  He used it for vocabulary tests so this is a small tweak.

Hold an A4 piece of paper portrait.  Divide the piece of A4 paper. into 2 halves down the middle.

Students write sentences alternating between English and TL.   Students then fold the piece of paper down the middle and sit facing each other.  They have to translate whatever sentence their partner reads out into the other language.  This is a great activity to practise translation both ways.  It does require a fair bit of pre-teaching so that it is challenging but not demotivating.

Mira 1 has a listening text that might be a song or a poem.  It can be found on p103 and works rather well as a rap.  Challenge your class to turn it into one.  A good rap backing can be found for free at this link here on TES.  If you have VLC media player then you can alter the playback speed and slow it down if needed.

I experimented the other day.  I listened to a weather report on eltiempo.es and the guy was super fast.  I picked out 10-15 words that my students might pick up from the video, and then added some more that were not there.  I challenged them to listen and see how many of my words on the board they would find.  I was pleasantly surprised with the results, and so were they.

If you have managed to read this far then this weather report did make me chuckle.

One thought on “Teaching the weather”